A trio of legislators in Pulaski County are trying to get away with making some truly extreme, damaging votes — to take away Early Voting days and to allow medical staff to deny care based on personal and religious reasons. Carlton Wing (North Little Rock), Mark Lowery (Maumelle, NLR), and Karilyn Brown (Sherwood, Jacksonville, NLR) are not voting the way they promised they would govern. All three were elected by some of the slimmest margins in the entire state. They need to be listening to ALL of their constituents or be prepared to leave office in 2022. 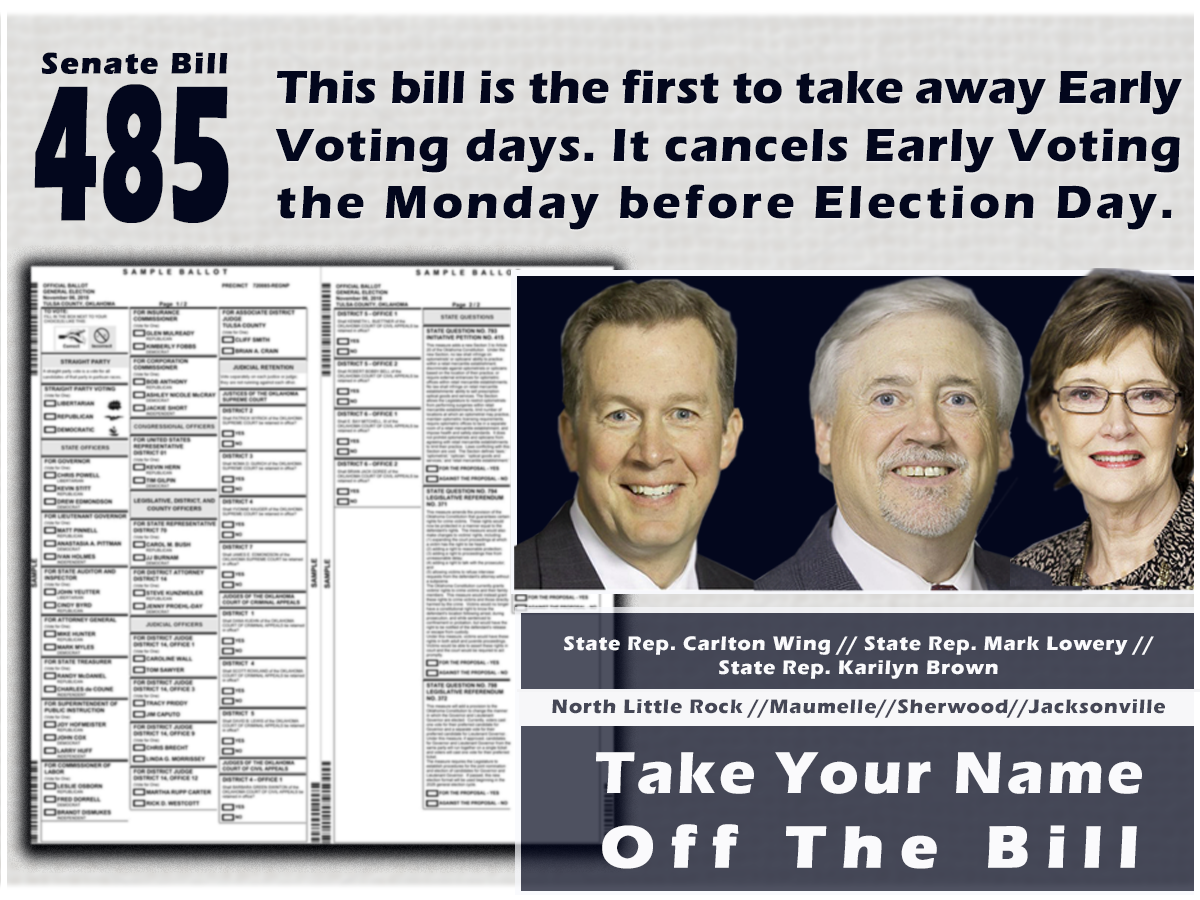 This bill is coming up in the Senate State Agencies & Governmental Affairs Committee. 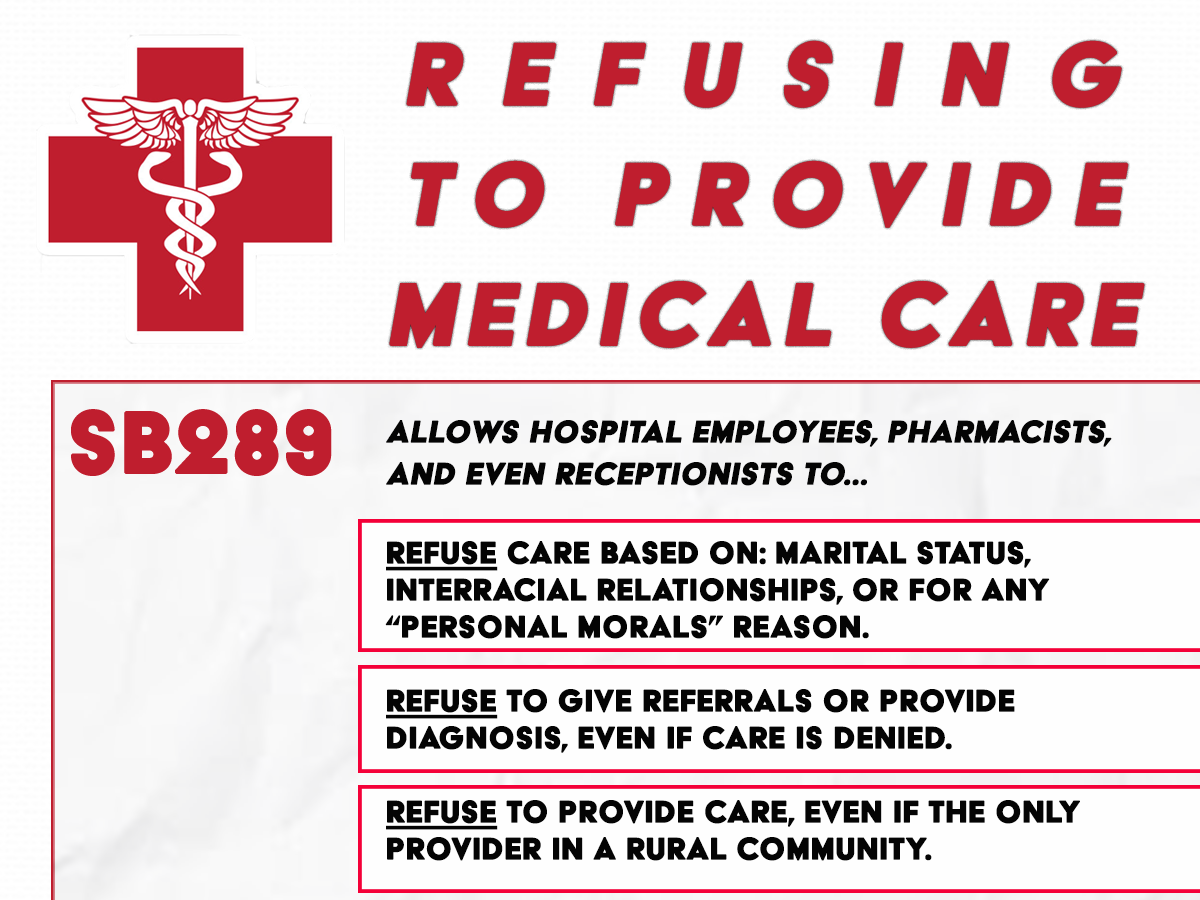 This bill is headed to a full vote on the House floor.

North Little Rock’s Carlton Wing was a deciding vote in the House committee that passed the Medical Discrimination bill. Lowery and Brown are co-sponsors of SB289. The bill was defeated earlier in the legislative session but the bill’s backers doubled-down to try again and passed it by the narrowest of votes.

Wing chose to ignore objections from the American Medical Association, the American Academy of Pediatrics, the American College of Obstetricians and Gynecologists, and medical and mental health groups from across Arkansas.

These three Pulaski County legislators are voting to allow medical staff – from receptionists, to pharmacists, to surgeons – to deny care to Arkansans. A doctor could refuse to treat someone because they go to a different church, or a nurse could deny care because someone had a different belief about the COVID issue. Our families deserve better than this, better than what our current elected Representatives are up to. 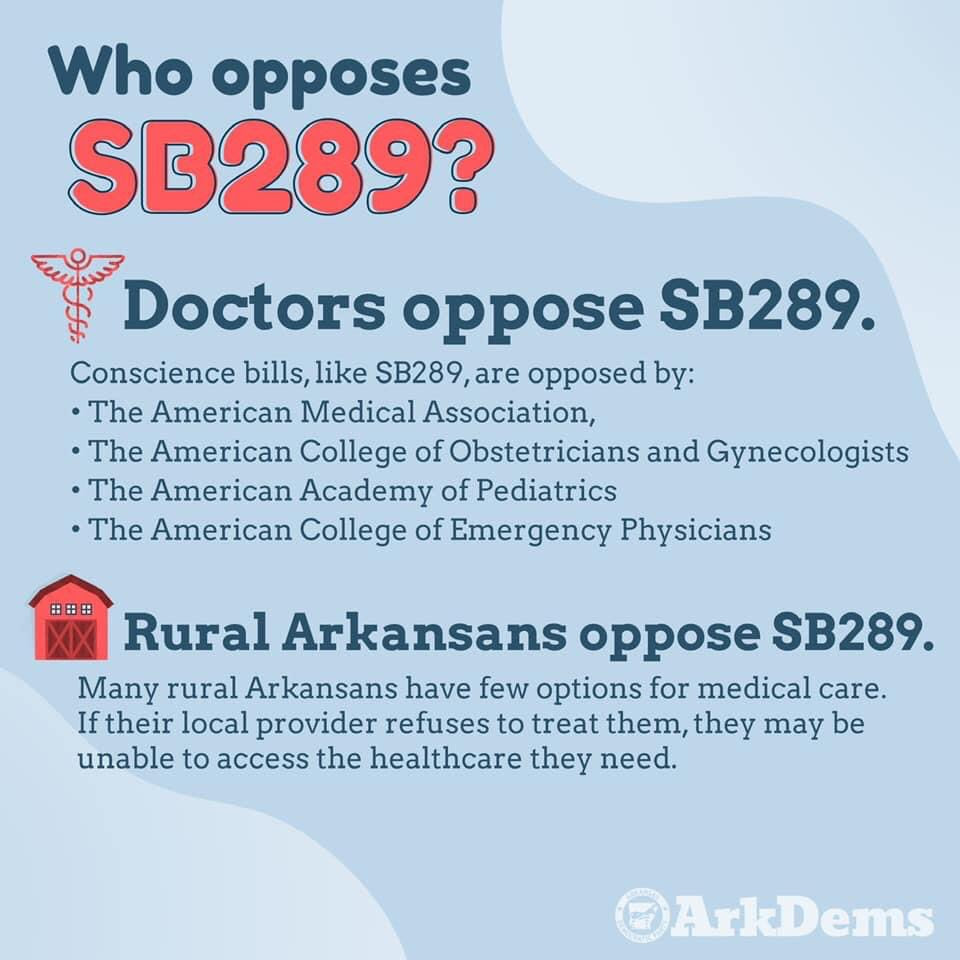 Our mission is to be ready to support our candidates so we can hit the ground running for the 2022 election. We do that by building our voter reach outreach programs and spreading the word about how our Representatives are voting at the state Capitol.

Let’s commit to doing the work together.