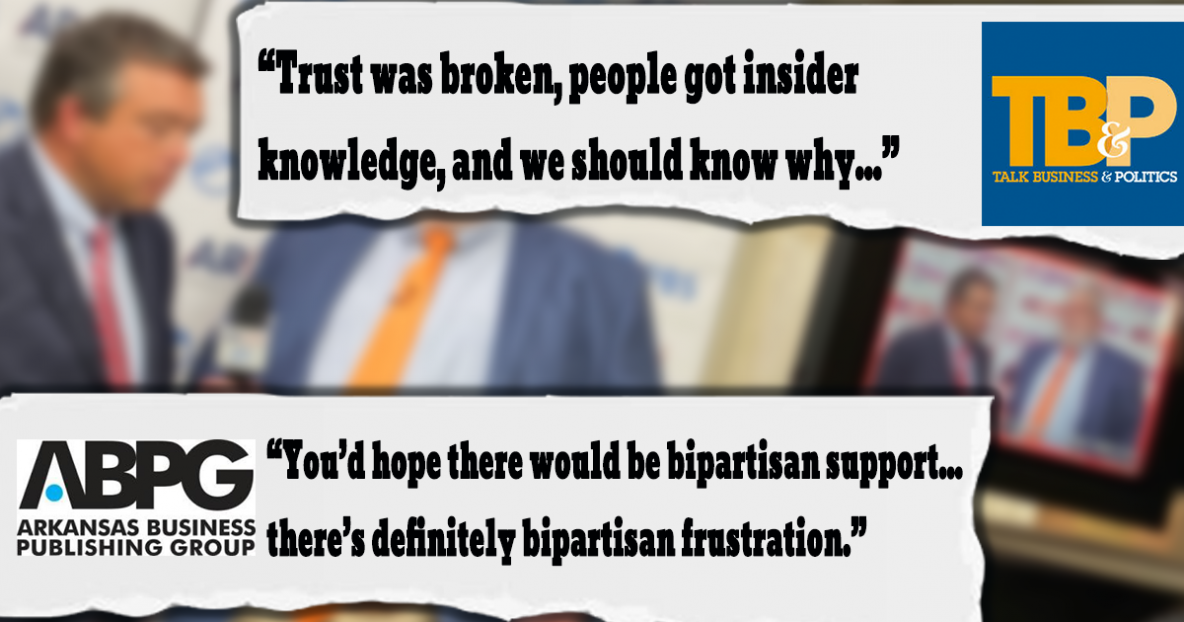 It’s time to move forward and get going — but more than 60 days into a historic crisis, Arkansas still hasn’t been able to get its Pandemic Unemployment Assistance program for self-employed business owners and independent contractors off the ground. It’s an glaring and entirely avoidable failure. To make matters worse, the state built a PUA application website that has leaked the personal and financial data of more than 30,000 Arkansans to any would-be hackers. And to add insult to injury for Arkansas families, the state has managed to cut checks totaling millions of dollars for insider, business favorites. The state is rushing on those Ready For Business Grant payments, while feigning an inability to support working families.

The delay in getting 125,000 Arkansans support is inexcusable, and Arkansans are getting a raw deal >>>

As of May 12, 37 states had an PUA system in place, with Arkansas one of the few remaining states working to get a system in place. Arkansas Secretary of Commerce Mike Preston previously estimated a minimum of 125,000 Arkansans will qualify for the expanded unemployment benefit.

However, a bipartisan group of legislators grilled Preston during a Friday afternoon committee meeting – which was held before the PUA breach was made public. Legislators said the grant program was “botched at the outset,” “disappointing” and changes were made unilaterally by the Commerce Department without legislative approval, according to this report by the Arkansas Democrat-Gazette. Sen. Terry Rice, R-Waldron, said it was “plain to see people knew ahead of time.”

“On top of that, I think that the approach, not just from the governor but for everyone through this process, all the way to the federal government, has been geared to those businesses who have a CPA or an attorney or a lobbyist at their fingertips. That’s not the majority of Arkansas businesses,” Gray said. “The application process, the eligibility requirements, the quick deadlines, are all geared to those who are more sophisticated or larger or have more influence in those realms and not to the everyday small business person in Arkansas.”

State leadership has made their priorities known, reward their friends while those who are actually working only get lip service >>>

“We’ve seen the state bend over backward to rush deliver huge sums of money to companies that have lobbyists and CPAs at the ready, even giving them advanced notice of the Ready For Business grant program,” Gray said. “The grocery store clerks, the bank tellers, and the hardware store clerks that have kept us moving deserve support. But right now, it can sometimes feel like those who are working aren’t getting much recognition. They have earned help from the state, whether it be a child tax credit or an income tax exemption. It’s time for Arkansas to put its priorities in the right order.”