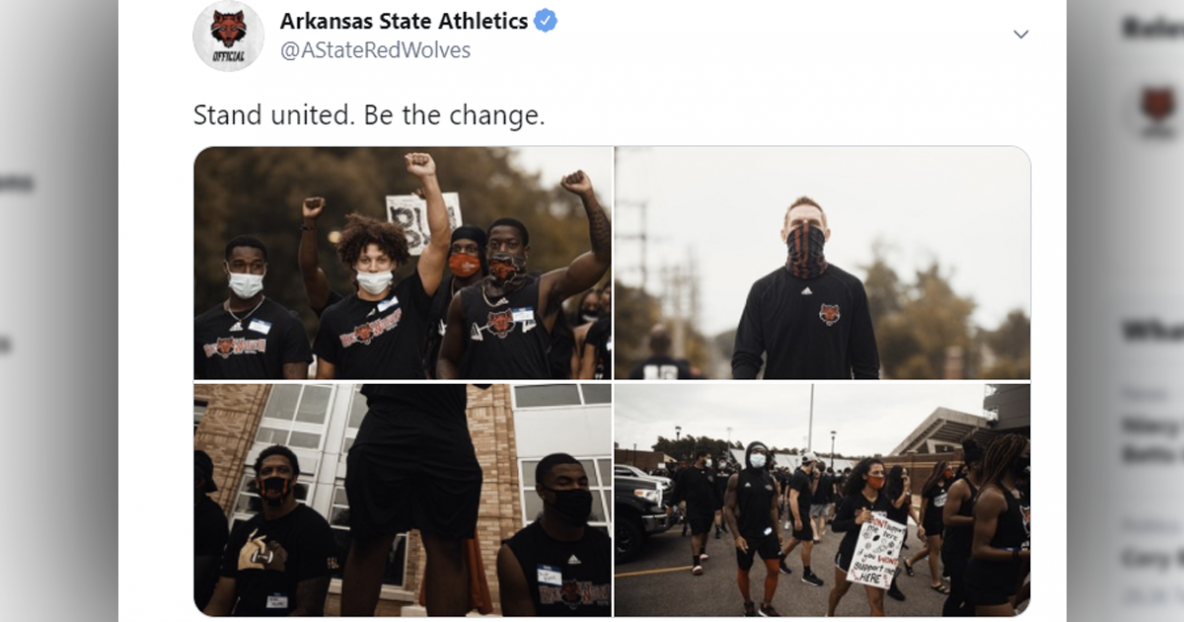 Arkansas stands united with the Arkansas State University Athletics Department, coaches and staff, and student-athletes who held a unity march on Monday through the ASU-Jonesboro campus. ASU Football Coach Blake Anderson said he is proud of his players for “taking to heart” the importance of voting to make an impact — and let them know they can rely on his support.
“We prayed the other day as a group to lift up all those across the country that are dealing with racial injustice and social injustice…They wanted to do something other than just take a picture or have a march, they wanted to take some steps,” said Anderson at an ASU press conference. “We don’t want to just talk about something or tweet something out, we want to take some steps to be part of the change.”

Blake Anderson was asked about that in the weekly press conference, here’s some insight from the @AStateFB head coach. pic.twitter.com/i8epeTFNUb

Democratic Party of Arkansas Chairman Michael John Gray (Augusta) offered his support for Arkansas students, Arkansas athletics, and the importance of voting.
“The weight of our nation’s moral crisis is a heavy burden for us all to bear, but moments like this are what can truly lift you up. Seeing coaches, players, and students come together is something I think we all needed to see. This moment demands that we as a community come together, to be there for one another, and to care about one another. These young men and women work hard to be their best and to showcase Arkansas. I want them to know that Arkansans see them, hear them — and have their backs.”
Chairman Gray is a graduate of Arkansas State University.