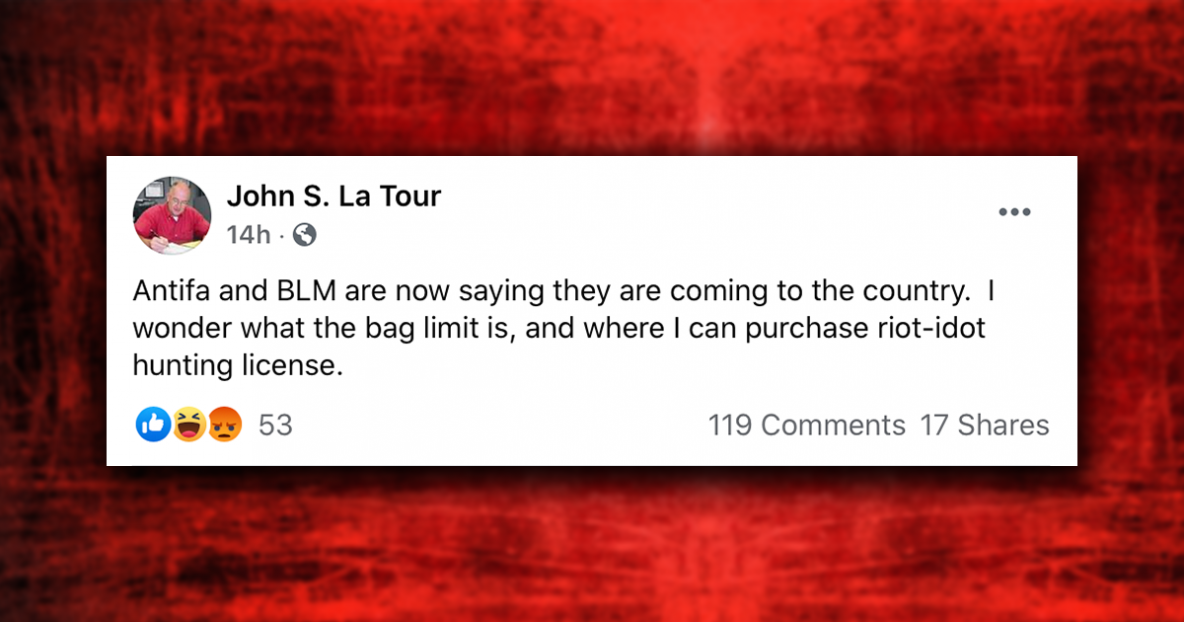 LITTLE ROCK — An Arkansas Republican state House candidate is callously suggesting that Black Lives Matter demonstrators be shot and killed for sport. John La Tour is running for HD86 in Fayetteville — and has received financial support from Governor Asa Hutchinson as well as the Republican Party of Arkansas.

“There is a Republican candidate in northwest Arkansas who is suggesting that African-Americans, and people who say that their lives matter, should be murdered for sport. Failure to condemn this candidate shows a lack of leadership, and even more disheartening, a tacit support for his beliefs by Governor Asa Hutchinson, RPA Chair Doyle Webb, and Congressman Steve Womack,” said DPA Chairman Michael John Gray.

“Gov. Hutchinson and Chair Webb have refused to call out this sort of behavior in the past. They’ve failed to ask for Jefferson County Election Commission Stu Soffer’s resignation despite several documented cases of suppressing fair elections and attempting to intimidate African-Americans. And now we see part of the result of a culture that doesn’t value accountability. Gov. Hutchinson and Chairman Webb should not be linking themselves financially, or with their reputations, to candidates of such low character.”

With only 49 days till the election, we must hold this kind of behavior accountable.

Meet Nicole Clowney, who La Tour is running against.