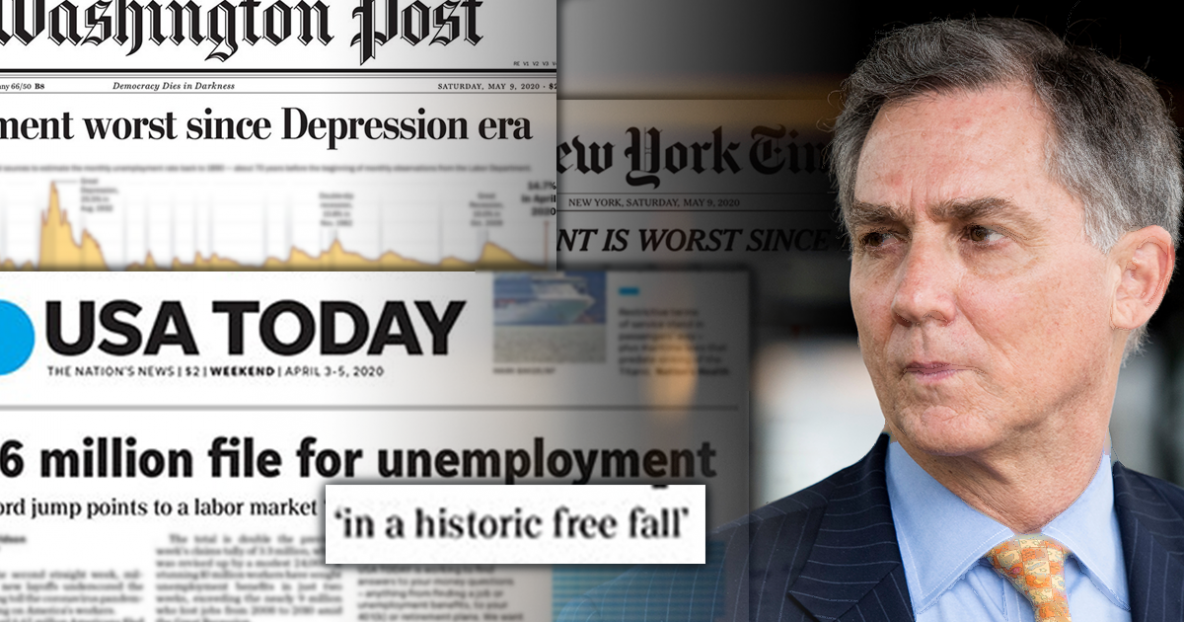 French Hill is smiling big, bragging about overseeing the federal response to COVID-19. There’s just one problem…Arkansas and the United States are reporting unprecedented unemployment numbers. There’s more evidence emerging daily that the federal response to the virus and the economic recovery has been mismanaged, bungled — and in classic Washington D.C.-insider fashion, dollars have been parceled out first to friends and favored business interests.

It’s a failure of leadership. That’s meant a lot of unneeded, extra heartache for Arkansans and small business owners.

USA Today reports that the U.S. unemployment rate, which has surged to 14.7 percent, is expected to get much worse.

When asked what the “bottom” of the country’s unemployment pain would be, [Kevin] Hassett, the former chair of the Council of Economic Advisers, told CBS’ “Face the Nation” that “to get unemployment rates like the ones that we’re about to see … which I think will climb up towards 20% by next month, you have to really go back to the Great Depression.”

In Arkansas, tens of thousands still can’t get access to their unemployment benefits. It’s a common story to hear that you can’t even get anyone to pick up your phone calls. It’s not just workers, small businesses are being cut out of the economic recovery picture too. Billions of dollars in economic aid are being distributed, but you won’t find much of that money trickling down to mom and pop shops in small town Arkansas. French Hill hasn’t said much about that. He’s been busy going to bat for someone else.

Congress wrote a $350 billion check to support small businesses as part of the CARES Act, but good look finding businesses in rural Arkansas that saw a dime of French Hill’s slush fund.

As CBS News reports, “the rush to distribute nearly $350 billion in federal aid from a popular — and now empty— small business relief fund resulted in the government sending billions to areas of the country with relatively few novel coronavirus cases, to companies in industries that have not been the hardest hit by the shutdown, and to companies that are not even small businesses.”

That’s a problem that French Hill needs to take some responsibility for. He sits on the Congressional Oversight Commission established to oversee the implementation of the CARES Act. He’s routinely praised the program despite evidence that Arkansas has been left behind.

French Has Got To Go!