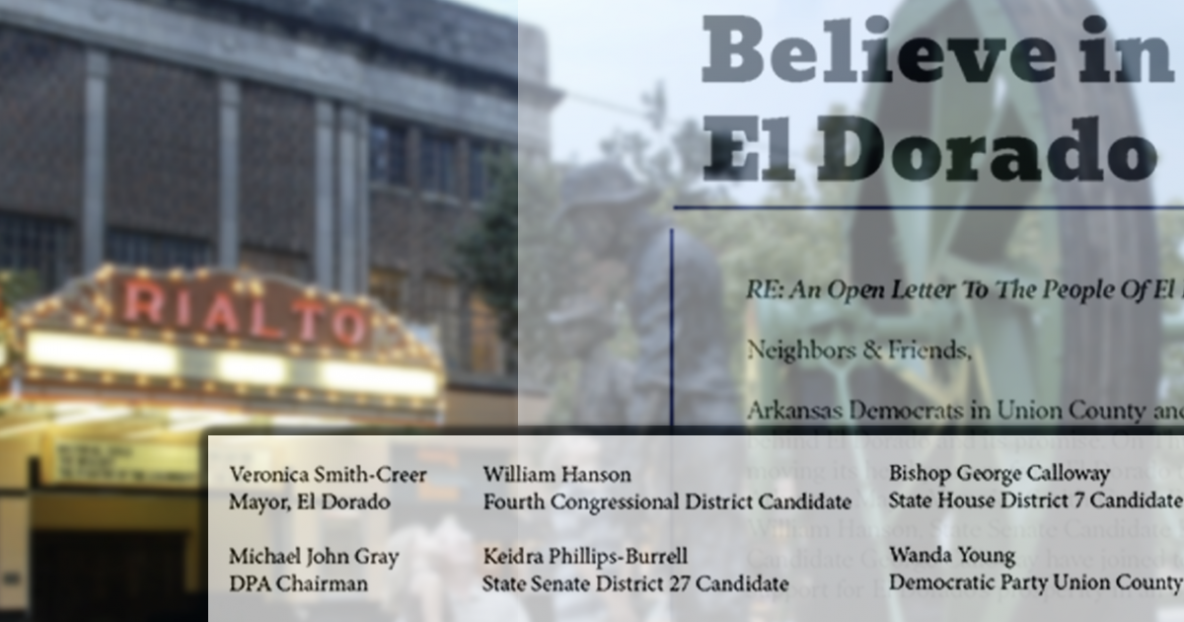 Arkansas Democrats in Union County and throughout the state are standing united behind El Dorado and its promise. On Wednesday, news broke that Murphy Oil is moving its headquarters from El Dorado to Houston. The Democratic Party of Arkansas, Mayor Veronica Smith-Creer, Fourth Congressional District Candidate William Hanson, State Senate Candidate Keidra Phillips-Burrell, and State House Candidate George Calloway have joined together to show unity, resilience, and support for El Dorado’s prosperity in an open letter to the community.


“Murphy Oil helped build this town, and it’s success has meant everything to us. This decision puts a hole in our hearts but we won’t be knocked off course. We believe in El Dorado.

The people of El Dorado are already at work to preserve our prosperity, and keep us moving. We have built the foundations for a diverse and resilient economy here. We’re not going to let that stop. We’re going to keep going.

But South Arkansas has just lost an iconic business, in an era of massive corporate bailouts & Republicans holding many of the elected offices. We can do better, and are ready to work together with colleagues across the aisle to put south Arkansas at the center of the state’s economic plan.

This is a loss for our community, unquestionably. But we are Union County strong. We have always been punching above our weight. That’s going to continue.”