An outbreak of COVID-19 in Arkansas’s prison system is spreading quickly, and now the state is reviewing the records of nearly 2,000 state prisoners for potential early release. The state is rushing to test 1,400 inmates at the Cummins prison in the Delta. Of the 634 tests done so far, 348 people have tested positive for the virus. Six staff have so far tested positive.

“The testing being done at Cummins is the right course, which we expect will be expanded to other units throughout the state at least by sampling staff and those incarcerated,” said state Rep. Vivian Flowers, who herself has tested positive for COVID-19.
“As we see from the tests, it may be too late to stop the spread within Cummins and the surrounding communities, but we can employ best measures to stop or slow the spread at other units and save lives. Reviewing early release possibilities, including for elderly people in our prisons is not only compassionate but it’s just common-sense. That’s why we’ve seen 20 states and climbing taking necessary, proactive steps. I appreciate that the state is moving forward by following the advice of public health and safety professionals.” 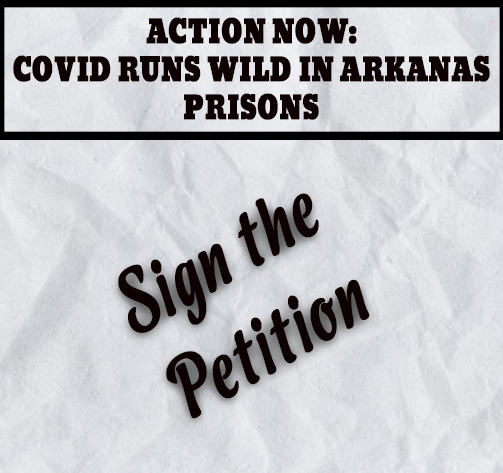 APRIL 2// Department of Corrections Director Wendy Kelley said, “It will be disastrous” once COVID-19 gets inside prisons.
APRIL 8// State Rep. Jamie Scott (HD37 – North Little Rock, Jacksonville, Maumelle, Sherwood) wrote a letter to Governor Asa Hutchinson expressing profound concerns about the virus entering the state’s correctional system and harming staff and inmates. She recommended the Parole Board should immediately begin releasing those who have been granted parole and expedite new parole hearings; inmate cases within a year of eligibility for supervised release should be immediately considered; and the release of prisoners, with good behavior, who have served 90% of their time, or low-level offenders.
APRIL 11// The first state prisoner at Cummins tests positive.
APRIL 19// Governor announces he’ll consider steps put forward at the beginning of the month by public health and safety professionals and state lawmakers.