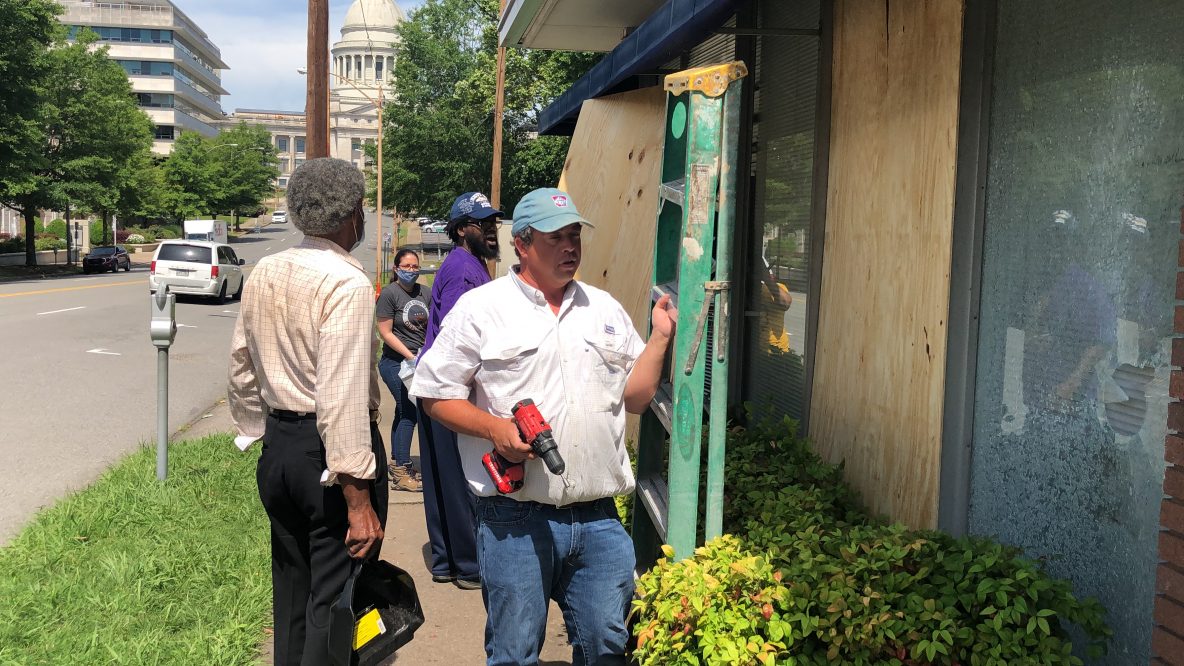 LITTLE ROCK — Arkansans have been organizing and marching to demand justice and fair treatment following the tragedy of George Floyd’s murder, along with a long list of others. Early Monday morning, minor damage was done to the Democratic Party of Arkansas headquarters by unknown actors.

“The senseless brutality that led to these protests is not a new behavior, it is just being exposed. Decades of ignoring our failures, hiding behind statements such as “we’ve come so far,” and offering no honest, inward looking steps to address these failures are all reasons in and of themselves for these protests,” said DPA Chairman Michael John Gray. “While the property damage is disheartening, we must be honest with ourselves. Continuing to ignore the fears, the anger, and the brutality has created a situation where people only feel they can be heard if they show that anger. Until we do more than talk about change, until we do more than pat ourselves on the back for past changes there will be no justice. Windows can be replaced.  Lives can not. This is just a building.”