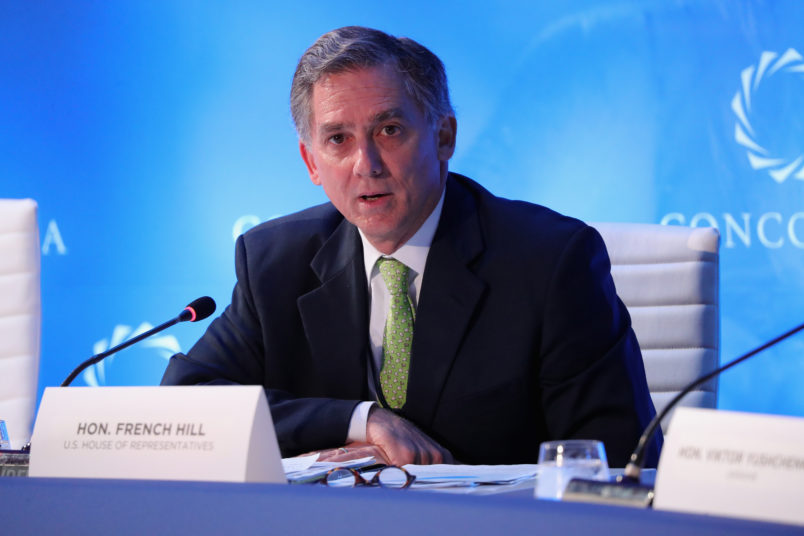 “This pro-French Hill radio ad is racist. It demeans the pain and experience of African Americans and exploits for political gain centuries of segregation and racial violence, including lynching. Instead of calling the ad for what it is—overtly racist, dangerous, and immoral—Congressman French Hill and Arkansas GOP Chairman Doyle Webb have revealed their disturbing lack of awareness and insensitivity not only to African Americans, but to all Arkansans who recognize that this ad is just plain wrong. Make no mistake, if they do not immediately and publicly call for the advertisement’s removal from Arkansas airwaves, they support its message loud and clear.”

See the racist ad below:

This is a real radio ad currently running in Arkansas in support of Republican Congressman French Hill on radio stations targeted to the African American community. I don’t even have words to describe it. pic.twitter.com/vpzt1nGPlc