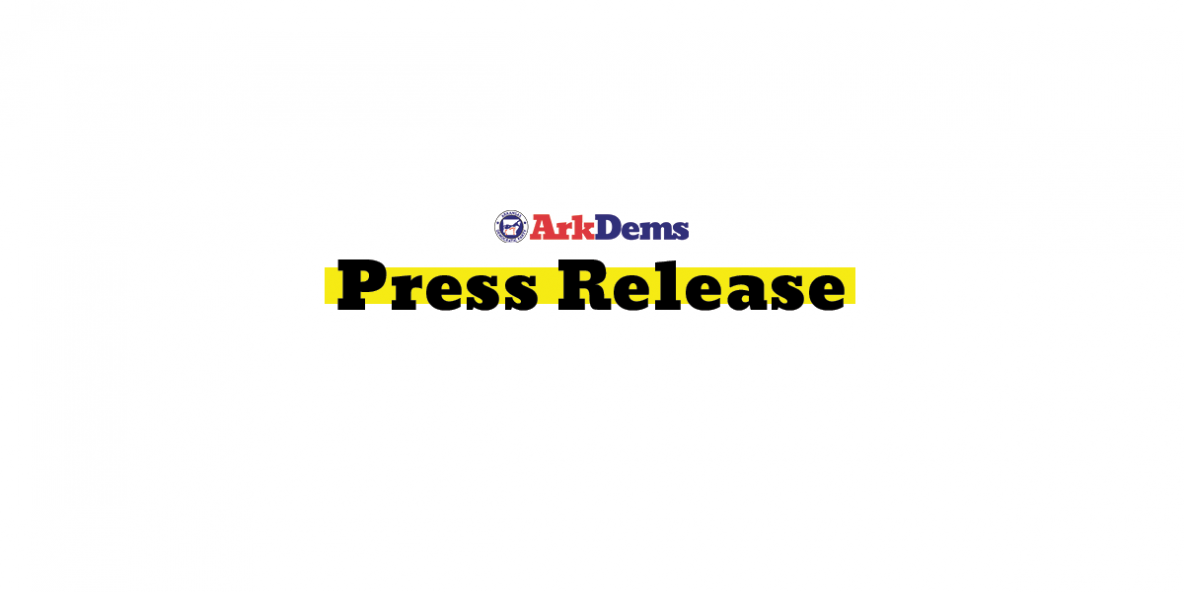 While we applaud Sen. Hendren for having the courage of his convictions, this information about today’s Republican Party of Arkansas is not news to Arkansas Democrats. We have and will continue to support and lift up candidates whose sole focus has been on the communities in which they live and the state in which they love. These candidates have been focused on healthcare, strong support for public education, and opportunities for people to provide for their families regardless of their zip code.

Sen. Hendren’s exit highlights the mistakes that have been made by blindly voting for Republicans based on the divisive national rhetoric. Arkansas Democrats have been and always will be the party that puts the people of Arkansas first.”