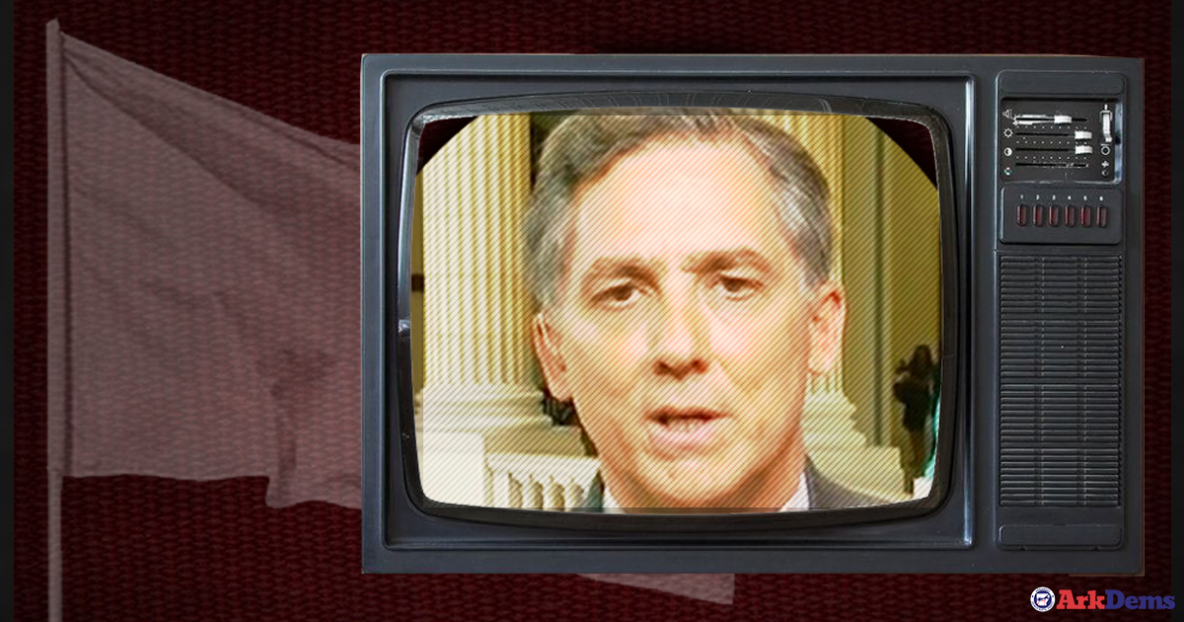 KATV just announced that French Hill is declining to debate Joyce Elliott for a scheduled television debate on October 19. It used to be the case, not so long ago, that in Arkansas we expected our members of Congress to show up for debates and to put their record on display for voters. But French isn’t exactly courageous these days — and the tour de force that is Joyce Elliott is certainly making him sweat under the pressure.

French Hill isn’t capable of holding the President accountable, protecting our healthcare, or lowering our prescription drug costs — there’s every reason in the world for him to skip a scheduled public debate on KATV with Talk Business & Politics, as well as another debate sponsored by the Urban League of Arkansas. Voters deserve leaders with a little bit of backbone, who aren’t so fragile they can’t show up to a debate on the local news.

“…the show will go on with only Elliott participating.

“I appreciate the opportunity to go over my record of working for Arkansas families and my plans to improve our quality of life as a member of Congress. It doesn’t surprise me that Congressman Hill declined to debate given his record of putting corporate special interests over our interests,” Elliot said.

The two news organizations will host a one-hour forum on Monday, Oct. 19, from 7 to 8 p.m. at KATV’s downtown Little Rock studio. Elliott will field questions in a live setting from KATV’s Marine Glisovic and TB&P Editor-in-Chief Roby Brock”

Hill’s managed to avoid town halls during his time in office too. Just ask voters in Van Buren, White, Perry, Faulkner, and Saline counties if the Little Rock banker has been available to take questions, hear concerns, and put forward his record in Congress.