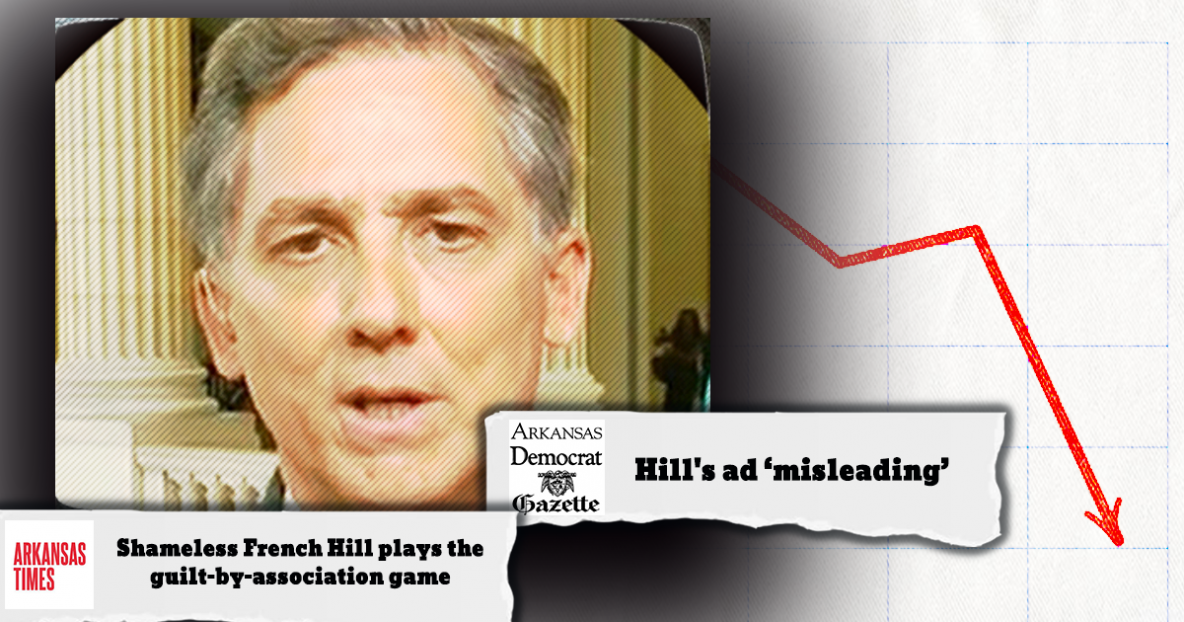 The misleading ads from French Hill are taking a toll on his campaign, as voters are seeing through the ugliness of the campaign’s approach. A new poll from ALG Research shows Joyce Elliott and French Hill TIED in the Second Congressional District. It shows that as people have gotten a chance to know Joyce her approval has gone markedly up, while French Hill’s favorability ratings have fallen dramatically — especially for an incumbent Congressman.

ALG found that, “Elliott is growing more popular among voters as the race progresses, while Hill has accrued more negative baggage. From June, Elliott’s net-favorable rating has increased from +13 Favorable to +18 Favorable. During that same period, Hill’s popularity has eroded from +18 Favorable to +7 Favorable.”

Read about French Hill’s misleading ads, including his opposition to 911 Funding, and doctoring photos of his opponent: here, here, here, and here for starters!