LITTLE ROCK－Voters in Arkansas’s Second Congressional District have heard little from their current congressman, Representative French Hill. After repeatedly voting to repeal the ACA and its protections for pre-existing conditions, Rep. Hill has yet to have an in-person town hall during the 2018 campaign.

In addition to ignoring his constituents, Rep. Hill has yet to denounce the vile mailers sent in support of his re-election by the Republican Majority Fund, a SuperPAC directed by Senator Tom Cotton.

The mailers regularly lie about Rep. Hill’s opponent, state Representative Clarke Tucker and his record of helping Arkansans in his district and across the state. The mailers also display photographs of several dark-skinned men with tattoos holding guns.

“These are intended to scare people,” Rep. Tucker said at a press conference on Thursday at the State Capitol. “They’re fear-mongering. And as you can see from these mail pieces, they’re inherently racist.”

Not only did Rep. Hill refuse to denounce the mailers, but Sen. Cotton’s PAC actually defended them, telling the Arkansas Democrat-Gazette that “the Republican Majority Fund stands fully by its advertisements.”

This follows in a long string of public appearances and comments Rep. Hill has ducked out on or refused to make. Just this week Rep. Hill refused to debate Rep. Tucker on KATV, instead opting to attend a fundraiser. And on Friday, Rep. Hill is scheduled to campaign in Little Rock with Vice President Mike Pence. Several attendees, including the Arkansas Times, were barred from attending the event.

Below are images of mail pieces Rep. Hill refused to denounce. 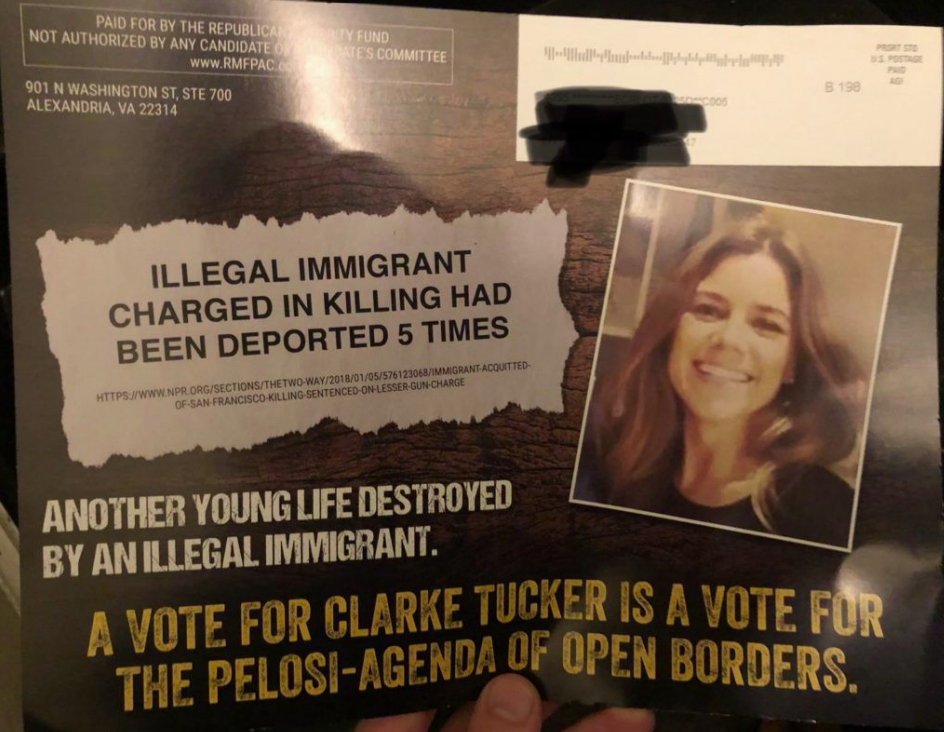