Join the fight and push back against Sarah Huckabee-Sanders and the legacy of Trumpism. Arkansas is at the heart of the battle for the future of Trumpism in America. Trump’s former spokesperson is running for Governor of Arkansas and we’ve got a message for her and the rest of the Trump Family Syndicate: not here, not anywhere.

This election is going to be BIG. DNC Chair Jaime Harrison has already stepped up and that’s GOOD NEWS for Arkansas.

Sarah Huckabee-Sanders is not only a clear and present danger to the people of Arkansas, she’s a potent symbol of what will become of Trumpism in the coming years. We are ready to do our part here in Arkansas to shut down the twice-impeached President’s legacy. 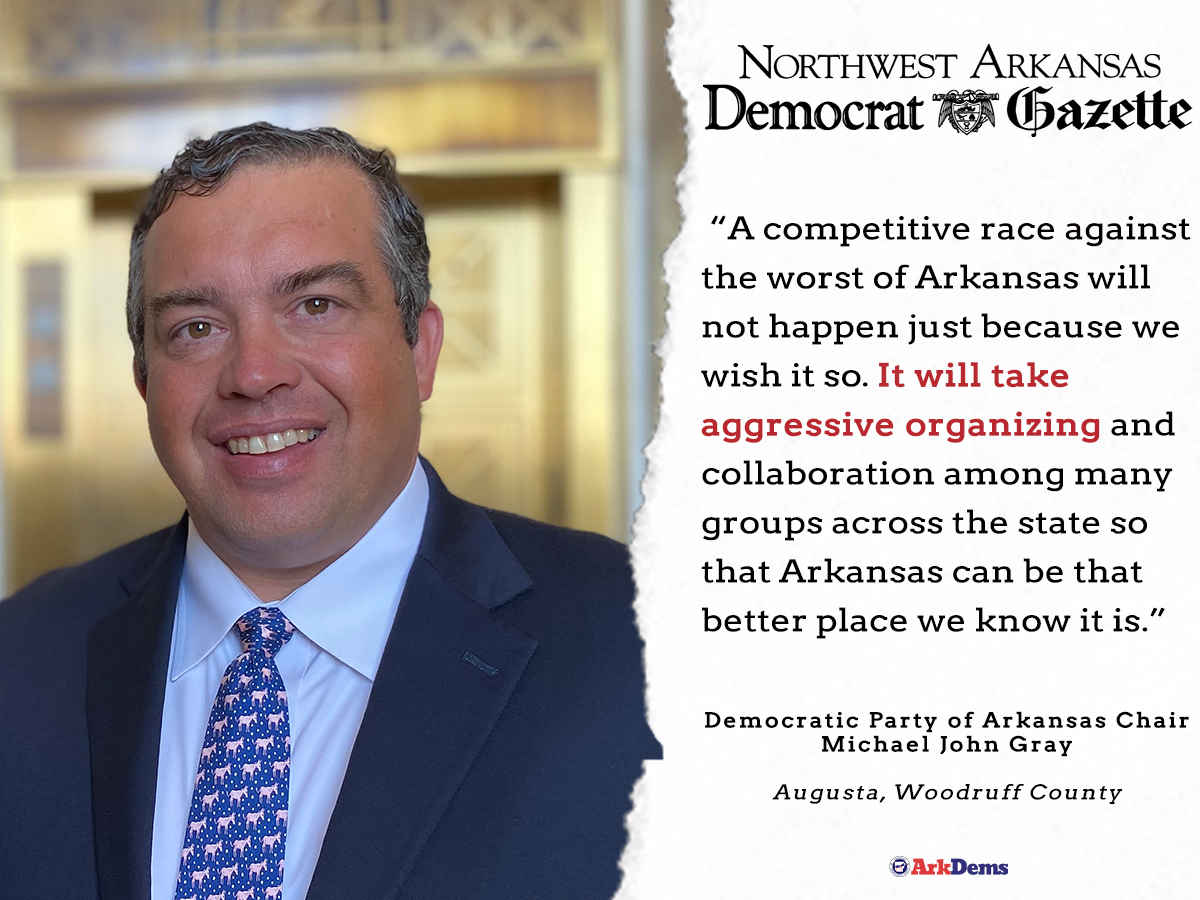 THANK YOU for your support and resolve as we build up our organizing infrastructure in Arkansas so that we can rise to this challenge and give the people of Arkansas the Democratic Party they deserve — and need.