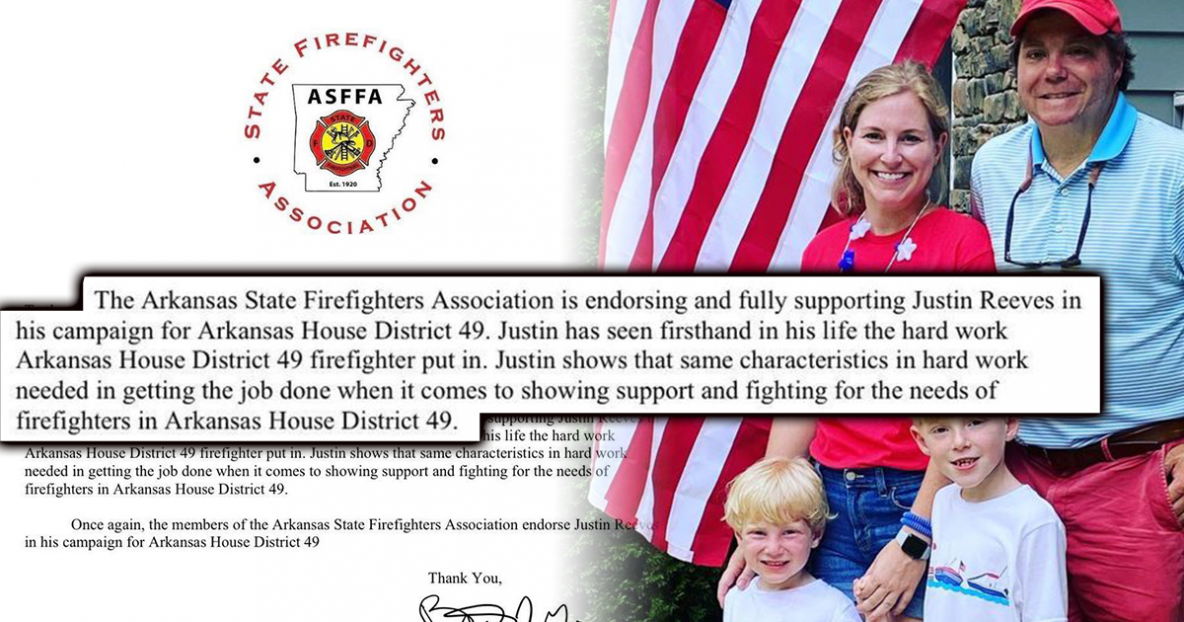 The Arkansas State Firefighters Association is endorsing Justin Reeves for State Representative. The hard work and courage of the members of the ASFFA can not be overstated, and their support says a lot about the character, work ethic, and public service mindset of Justin Reeves.

House District 49 covers parts of St. Francis, Cross, and Monroe counties. It stretches from Wynne, to Forrest City, to Palestine, to Wheatley, to Brinkley.

Reeves grew up in St. Francis County, where he and his wife are now raising their two children. He’s a business and restaurant owner, who is invested in the long-term success and future of the Delta and his community. During his campaign, Reeves has shown a commitment to doing the hard work to make sure families and children can proudly call this part of Arkansas home.

He currently serves as a Forrest City councilman, Forrest City Advertising and Promotions chair, Chamber of Commerce board member, and on the Delta
Byways Board.