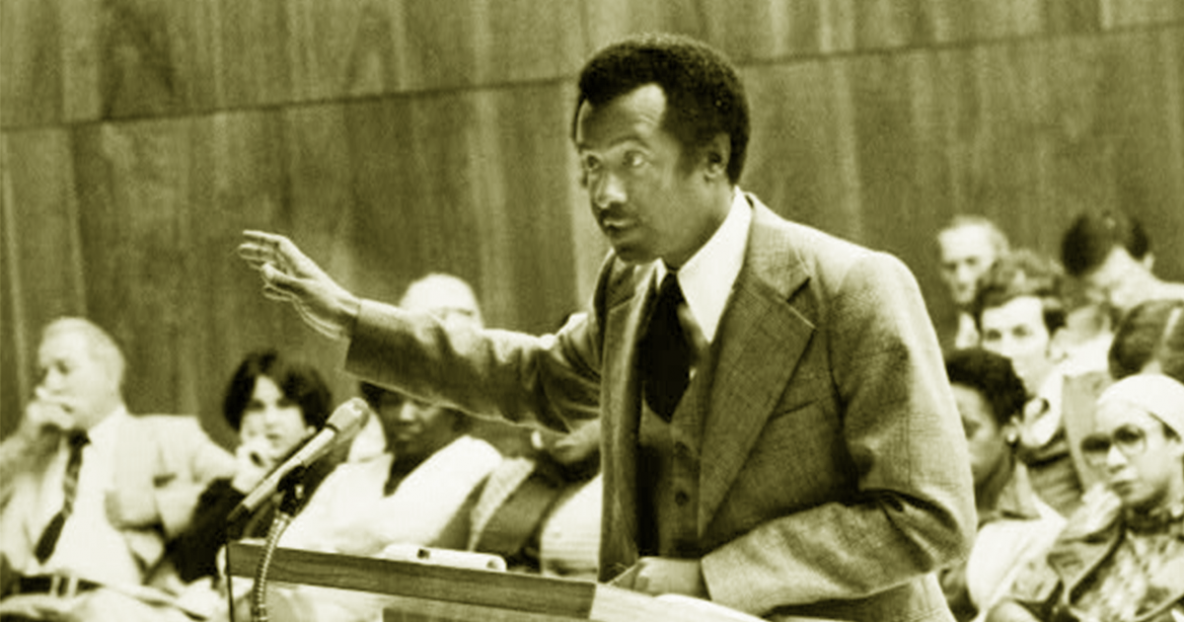 Arkansas mourns the loss of a civil rights hero and celebrates his legacy.

LITTLE ROCK — On Monday, Arkansans awoke to the devastating news of State Representative John Walker’s passing. Though we mourn his death, we can collectively celebrate his rich legacy.

“We are all saddened to learn that our colleague has died, someone I considered a personal friend,” said Democratic Party of Arkansas Chairman Michael John Gray. “Serving in the state Legislature with Representative Walker was humbling and to fight alongside him for civil rights in Arkansas was a privilege. Across the entire state, we are carrying a heavy heart and mourn together. But we also must celebrate his life and his struggle for equal justice. It will be appalling, and heartbreaking, if we fail to record his story and teach it to future generations of Arkansans.”

John Walker was at the forefront of many major Civil Rights struggles. He was born June 3, 1937 in Hope, Arkansas. He was the first African American undergraduate student admitted to the University of Texas after the Brown decision in 1954 but was not allowed to attend for racial reasons. In 1958, he graduated from Arkansas A M & N College in Pine Bluff, Arkansas with a degree in Sociology; in 1961 he received a master’s degree from New York University; and in 1964 he received a law degree from Yale University in New Haven, Connecticut

In 1964, Walker was admitted to the Arkansas State Bar and went to work for the NAACP Legal Defense Fund in New York City. By 1965, Walker opened up his own solo practice in Little Rock, Arkansas with a focus on civil rights. In 1968, Walker opened one of the first three racially integrated law firms in the south.

Republican Governor Winthrop Rockefeller attempted to appoint John Walker to the state Board of Education.. He would have been the first African-American to serve on the board that supervises public schools in Arkansas. His appointment was denied by the Arkansas Legislature due to his work on a 1965 Little Rock schools case started by the late Wiley Branton and later Supreme Court Justice Thurgood Marshall. He was awarded the designation as Southern Trial Lawyer of the Year with its War Horse Award in 2004.

Walker served as a Democratic member of the Arkansas House of Representatives since January 2011 from District 34 in Little Rock.

Walker was named Arkansas Civil Rights Heritage Trail honoree in 2015 for his more than five decades of work in civil rights activism in the courts, most notably in school desegregation cases.

The coroner got a call at 6:25 a.m. as is customary in deaths at home, Hobbs said.

Walker, who was 82, had been treated for cancer in recent years, but told me in a phone call last week that he felt well. Walker, a state representative, was continuing his law practice, only last week objecting to efforts to close out the remainder of the long-running Pulaski County school desegregation case, in which the Pulaski and Jacksonville districts remain under court supervision. We talked in our last conversation of his interest in suing the state of Arkansas for racial discrimination in its recent takeover and management of the Little Rock School District. But he confessed that he saw the need for a younger lawyer to take up the battle he’d long waged. Another John Walker is not immediately on the horizon.

Walker was a towering figure, a native of Hope, who rose from a segregated school to national prominence. He was fearless and I think enjoyed in some ways having been made a dark force by the white business community, not only for his work in attempting to desegregate Little Rock schools but also for bringing numerous civil rights cases against private businesses. He did not, by the way, represent only black clients. Read more from the Arkansas Times here >>>