Working People Should Be First Every Year

Arkansas families were promised tax relief, but right now they’re being told to “wait their turn.”

Shockingly, the Republican leaders claimed working families have already had enough tax relief and that the “fair” thing to do is to give $73 million of your tax dollars to the few who make more than $456,000 a year.

Sen. Dismang claimed Republican leadership might try to get back around to helping working families in future Legislative sessions, but that they have bigger priorities right now.

Arkansans were promised tax relief, but the Arkansas Legislature is busy trying to pull a fast one, trying to give your tax to someone else. 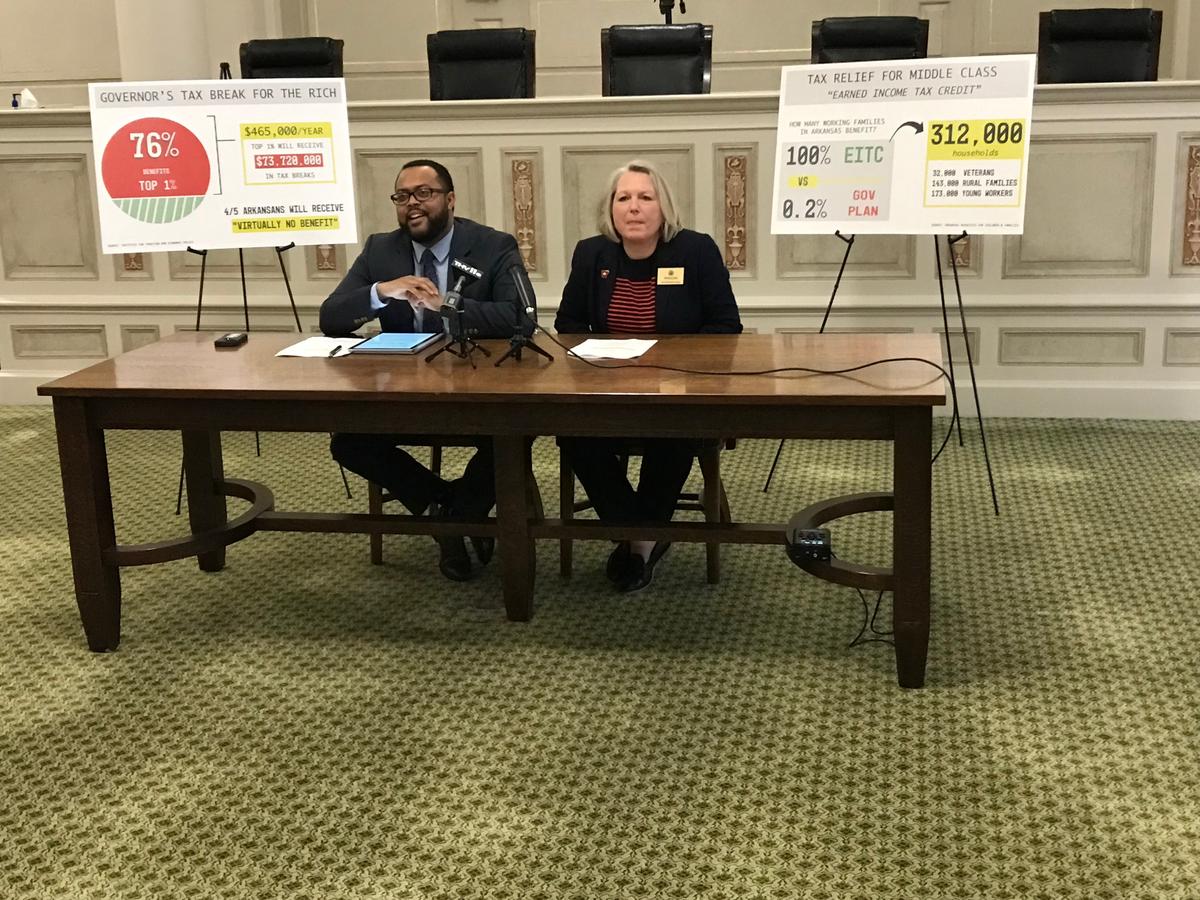 This week Minority Leader Blake introduced an amendment to end the governor’s proposal to give the top one percent of Arkansans a $73 million tax break. In a classic one-two combo, Rep. McCullough followed up by putting forward an Earned Income Tax Credit. WATCH the press conference courtesy of THV11.

Her plan, the Working Families Tax Relief Act would help a married family, with three kids, making up to $54,884 a year. Or a single mother of one, earning up to $40,320 a year. A state-level Earned Income Tax Credit will give 312,000 Arkansas households real tax relief. If passed, Arkansas would join 29 other states who provide real tax relief to working families.

Rep. McCullough will present her plan Thursday morning in committee, just hours before the House is to consider the governor’s tax giveaway to top earners.

Check out more on the plan from Arkansas Public Radio or LISTEN to this interview with Rep. McCullough.

“Providing tax cuts for low- and middle-income workers in Arkansas is the goal of a new tax plan released by leaders in the state’s Democratic Party. Speaking at the Capitol, House Minority Leader Charles Blake said an earned income tax credit will benefit more Arkansans than the current plan being proposed by Governor Asa Hutchinson.

“We are not against tax cuts,” Blake said. “We are not trying to oppose the Governor. Arkansans have said that they want tax relief, but let’s be smart. Let’s give tax relief to 99% of Arkansans.”

“This proposal would help a married family with three kids making up to $54,884 a year, or a single mother of one earning up to $40,320 a year. These are the people we should be giving tax relief to,” McCollough said.

Governor Hutchinson’s $97 million tax proposal has been criticized for favoring the wealthiest earners because it drops the tax rate for those earning more than $456,000 a year. Hutchinson’s proposal failed to get the necessary votes early last week, but then passed the Senate a day later.”