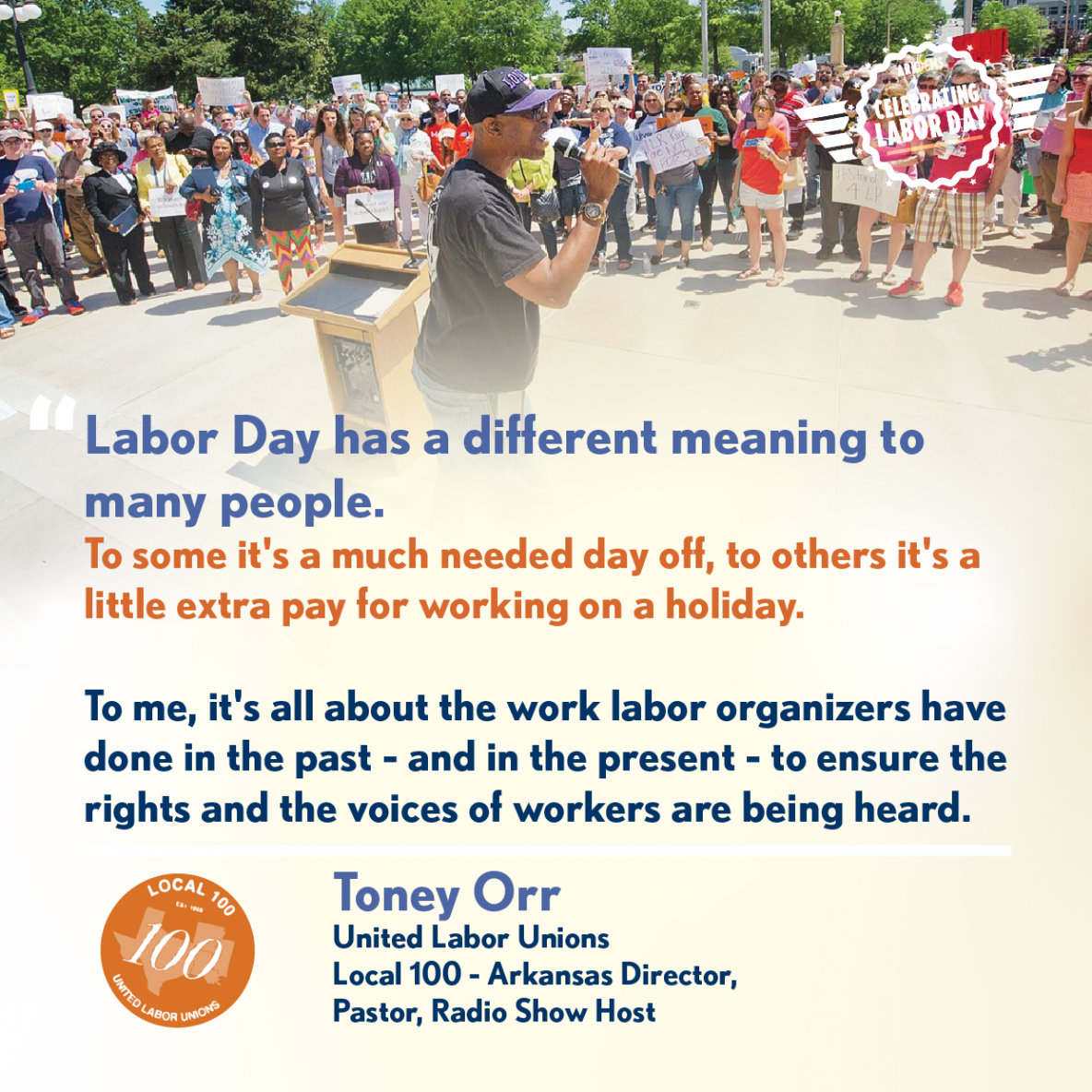 Kick back and relax this Labor Day — you’ve earned it! This day is for all of us and let’s face it, with everything that COVID has brought, it’s not a bad time to think about how working people are treated in this country. We’ve got to get it right, even when those at the top don’t always seem like they’re able to pull it together. That’s why it’s important that working people are not only recognized but that we have a voice at the table. So let’s hear from Arkansas Labor…

“I know Labor Day has a different meaning to many people. To some it’s a much needed day off, to others it’s a little extra pay for working on a holiday. To me it’s all about the work labor organizers have done in the past – and in the present – to ensure the rights and the voices of workers are being heard. So take a moment and remember the sacrifice that others have made and continue to make here in Arkansas for the rights of workers.”

Nicole Hart, Chair of the Democratic Party of Arkansas and Wife of International Brotherhood of Teamsters member.

“Arkansans work hard and deserve fair pay and fair benefits — especially now. First responders, hospital staff, and essential workers have shown without a doubt how valuable they are to us all. This Labor Day let’s recommit ourselves to putting working people first and to securing better pay for hard working Arkansans. The Democratic Party of Arkansas stands with organized labor because unions build strong foundations for workers, families, and communities.”

“As rail workers, we can proudly trace our heritage back to the rail strike of 1894. Although National Guardsmen put down the strike, the violence and loss of life prompted the Federal government to declare Labor Day a National Holiday.

Our members work on call 24/7, 365 days a year, and unless we’re blocking a crossing, we usually remain an afterthought. We maintain that afterthought status because our two-person crews perpetuate a level of professionalism and safety second to none.

Organized Labor has given me the ability to stand up to the powerful on behalf of the powerless.

Fredrick Douglas once said, “Power concedes nothing without a demand.” I believe a union must make such demands on behalf of its membership, and I, for one, proudly do so.

Corporations and wealthy elites have organized representation on all levels. Labor Unions represent working people on all levels. We have been and continue to be the best counterbalance to economic inequality.

I have yet to witness a more authentic form of representative democracy than organized Labor.” 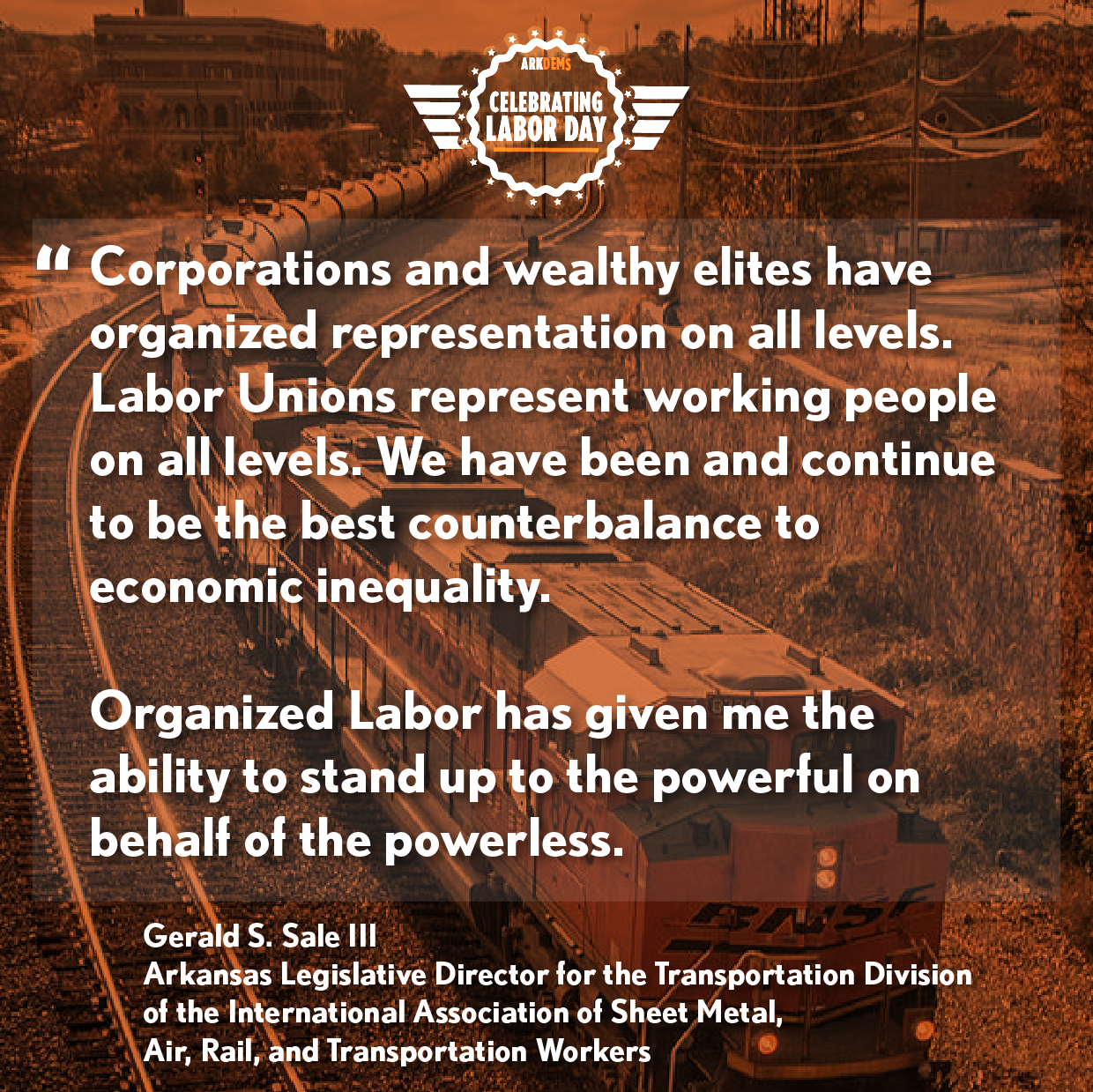 “Former US Senator Ralph W. Yarborough of Texas liked to say, “Let’s put the jar of jam on the bottom shelf so the poor folks can reach and enjoy it”. I believe that describes the mission and purpose of Organized Labor. As the chief lobbyist for Organized Labor, I always presented myself as “the voice for the voiceless”. No other organization represents the 100’s of millions of working families in America. It is through Big Labor’s efforts that we have an American Middle Class and for 46 years I have been proud to be a part of that effort. From the ‘Folks Who Brought You the Weekend’, we hope you have a safe holiday!” 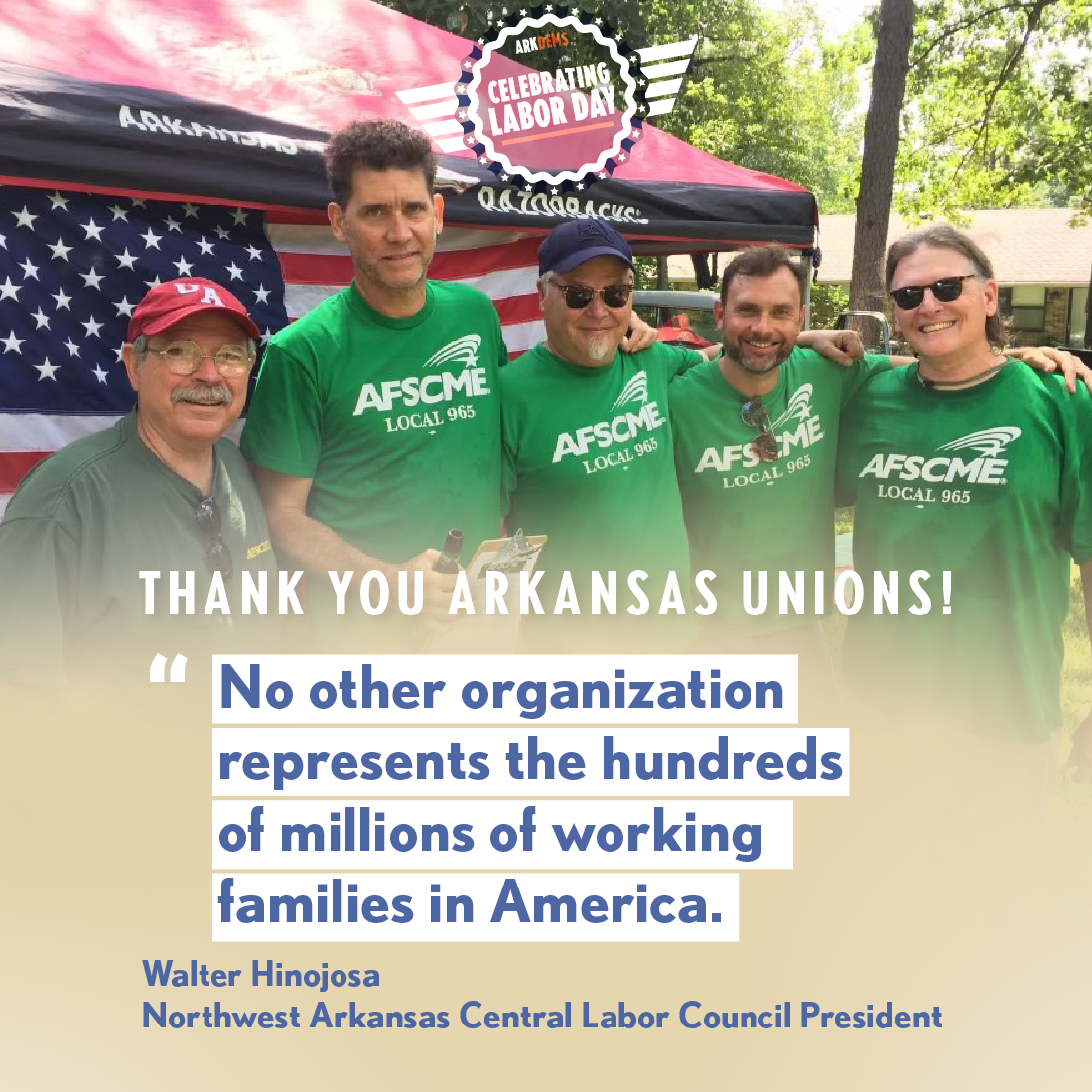 The fight for fair wages and benefits continues across the country. Right now the U.S. Congress has landmark legislation before it to support American workers. House Democrats have passed the PRO Act, with the support of some Republicans, to provide protections for workers trying to organize. Read more about how the PRO Act would increase wages and build the American economy >>>